Winners of the IDTechEx Energy Harvesting and WSN Awards

At the Energy Harvesting & Wireless Sensor Network (WSN) awards dinner on June 21 in Munich, Germany, companies were recognized for making significant technical or commercial progress with these technologies. Two eminent academics judged the entries - Dr Paul Mitcheson of Imperial College London, UK and Dr Thomas Rödig, Fraunhofer IKTS Dresden, Germany.
The awards are part of the IDTechEx event on these topics - which was attended by over 350 people from 21 countries and featured 33 exhibitors on June 21 and 22 2011 (http://www.IDTechEx.com/Munich).
In summary, the winners for each category are as follows:

This category was judged on which organization had made the most significant technical achievement in energy harvesting over the past 18 months. Texas Instruments wins the award for development of an integrated ultra-low power microcontroller with FRAM Non‐volatile Memory.
The FRAM ensures data can be written more than 100 times faster and uses as little as 250 times less power than flash‐ and EEPROM‐based microcontrollers. Also, the on‐chip FRAM allows data retention in all power modes, supports more than 100 trillion write cycles, and delivers a new dimension of flexibility by allowing developers to partition data and programming memory with changes in software. It eliminates existing power consumption and write endurance barriers.
When combined with the world's lowest power microcontroller architecture in the MSP430 MCU from Texas Instruments, FRAM enables many new energy harvesting and wireless networking applications. 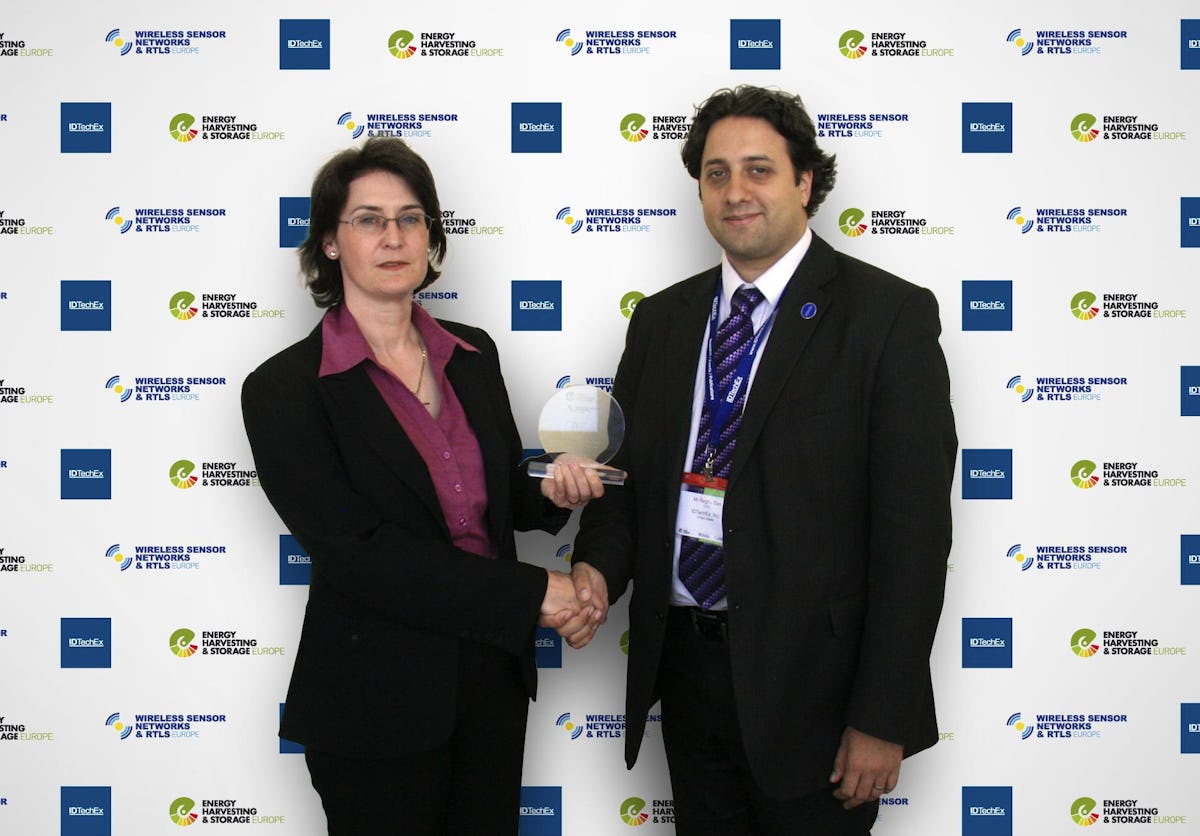 Dust Networks won this award for its SmartMesh® IP product family, launched in May 2011, that combines standards-based wireless sensor networks (WSN), location awareness and energy harvesting. SmartMesh IP is a 6LoWPAN, IEEE 802.15.4 WSN that combines the resilience of industrial networking with native IP addressability. Eterna™, also developed by Dust Networks, is the breakthrough technology ingredient that makes all of Dust's 802.15.4 products ultra-low power. Eterna technology enables up to 8x lower power consumption than competitive offerings, which means battery-powered devices built on Eterna-enabled chips and modules last on average 8 times longer, and are 8 times "greener" even if line powered. Eterna's low power innovation enables battery-free energy harvesting, where the power for the device is literally gleaned from the small bit of energy generated by a button push, ambient vibration, hand squeeze, or other harvester. 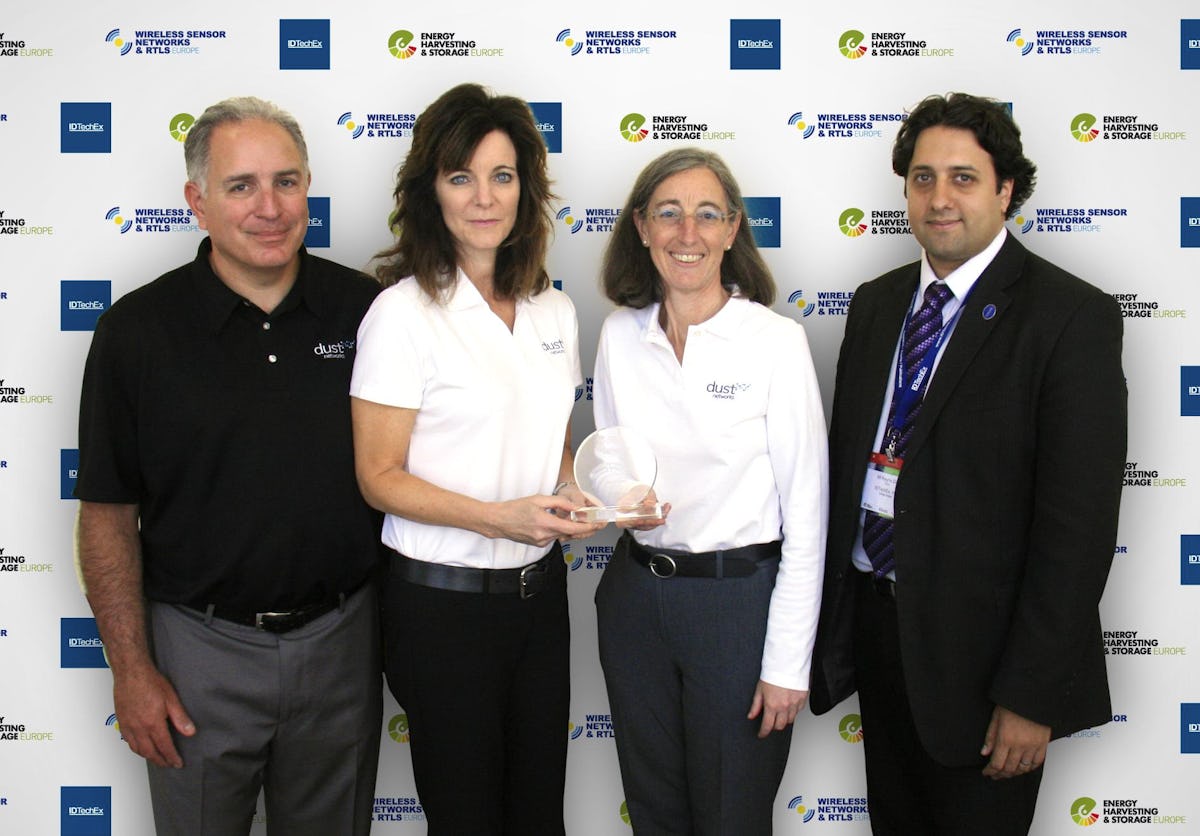 Micropelt wins this award for its TE-qNODE - a self-powered wireless condition monitoring sensor which helps to ensure failure-free electric power availability in 24/7 production environments. Resistive heat goes along with any current loaded conductor, and degrading connections to that conductor increase the heat - a natural match with the concept of thermoelectric power generation to power a wireless monitoring sensor at the potential point of failure. Micropelt has teamed up with Schneider Electric, the French leader in medium and low voltage electrical power distribution who wants to increase reliability of electrical installations. Micropelt developed the lifetime self-powered TE-qNODE in response to this demand.
Two micro thermogenerators MPG-D751 are put in series to ensure startup of the DC converter from minimum gradients. The TE-qNODE operates from a temperature differential of 5°C between a monitored busbar and the surrounding air. Even at low loads temperature information is transmitted wirelessly more than 10 times a minute. The TE-qNODE is clamped on to the target busbar in a single-handed mounting operation, so multiple measuring points can be deployed during short production breaks. A solid adjustable clamp holds the sensor in place - from then on rendering production breakdown from failure of electrical connections a thing of the past. 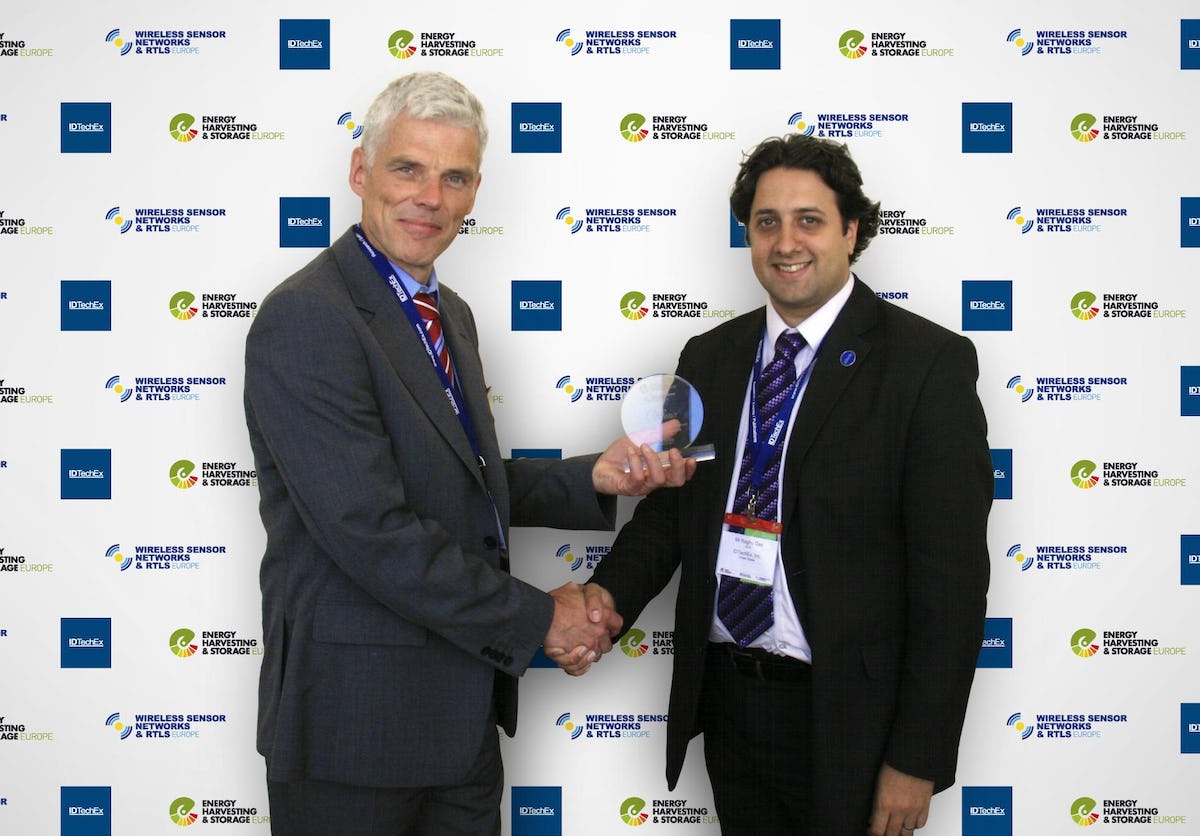 Millennial Net wins this award for its MeshScape® Energy Management Solutions, which consist of a wireless sensor network combined with internet technologies. It provides remote monitoring and control of buildings' heating, ventilation and air-conditioning ("HVAC") systems, lighting and other energy consuming devices, allowing building owners and operators to reduce energy consumption and manage peak demands. The solution is ideal for retrofitting any building without centralized controls as wireless networking avoids the time, costs and disruption of a hard-wired installation. 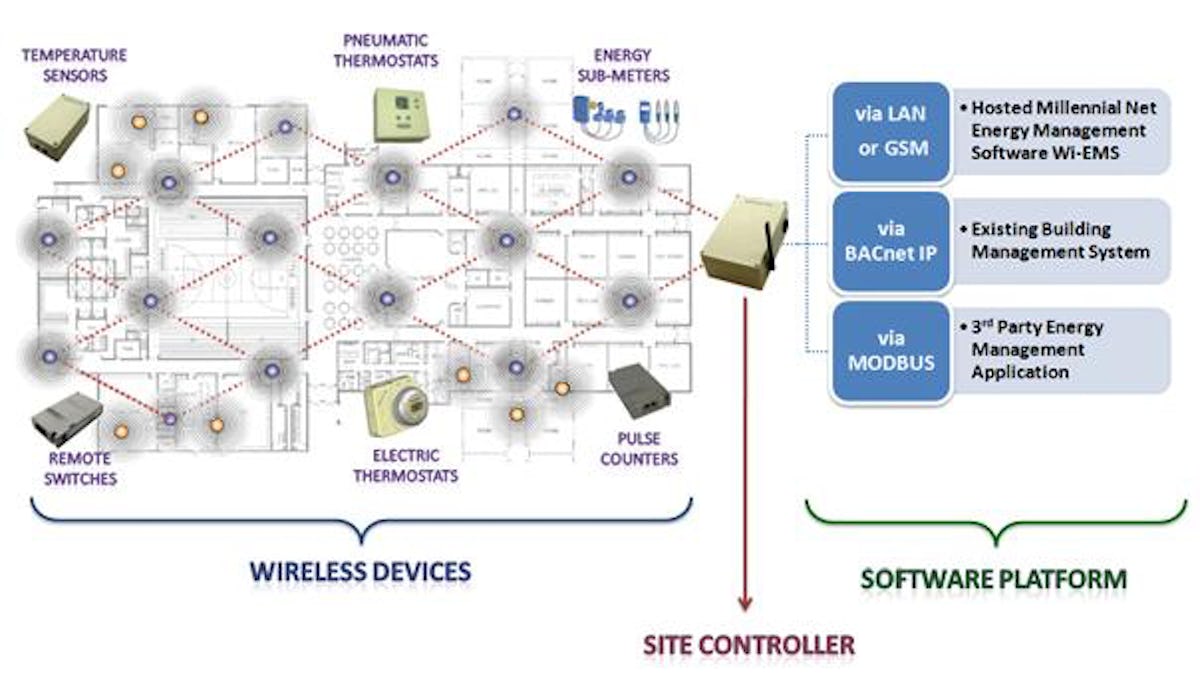 Source: Millenial Net
As an example of a case study, GE Capital uses Millennial Net technology to retrofit multiple commercial buildings in their portfolio with Meshscape Wireless Energy Management System varying in sizes from 46,000 to 130,000 sq. ft. Due to the Millennial Net system being based on wireless communication, the set up time was significantly reduced and most of the equipment was installed during business hours without disrupting tenant operations. One of the installations improved energy savings by 33% and the other is projected to provide 50% over previous years. Lisa Coca, the company's global sustainability leader said "Millennial Net provides a wireless sensor network-based EMS. It centralizes management of HVAC systems, giving tenants more transparency and control over their energy consumption to reduce costs."

This award was voted for by attendees at the event. IPS showcased multiple demonstrators and provided tangible proof that energy harvesting has reached levels of maturity that make it deployment-ready. 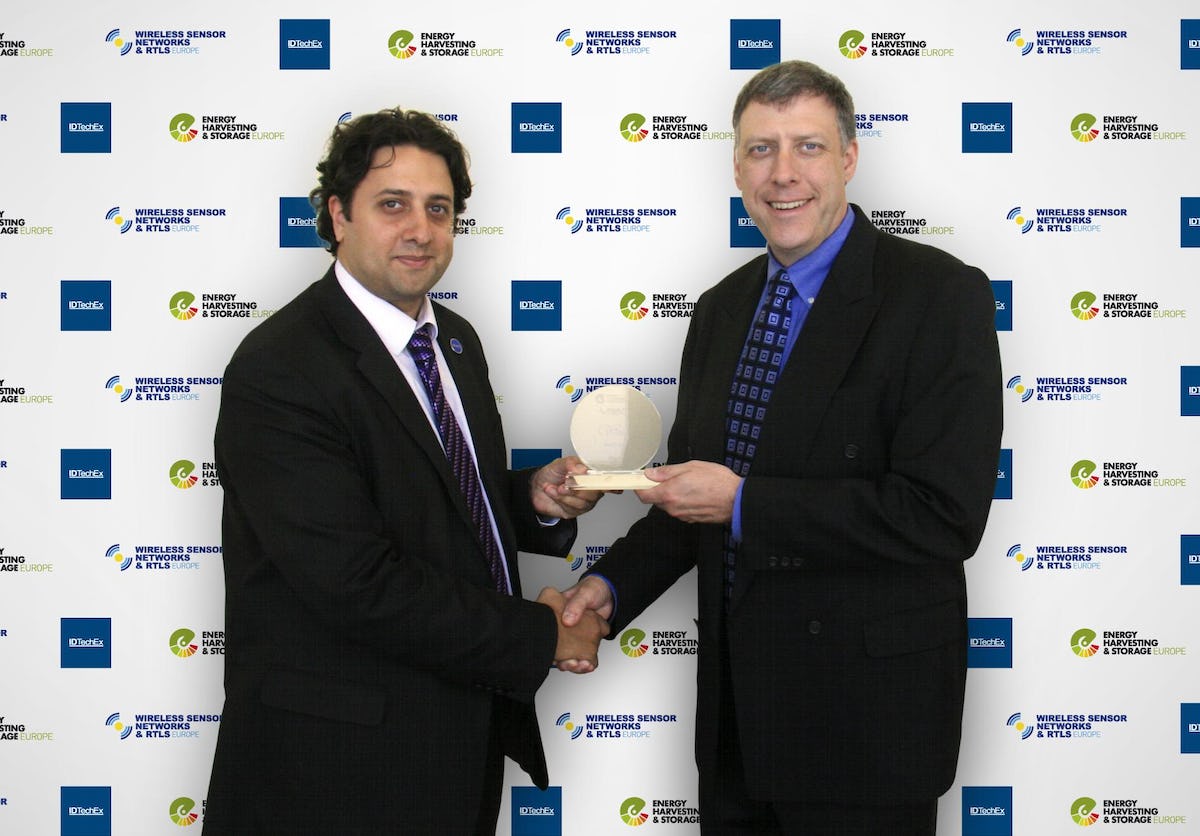 IPS - Best in Show Award
For more information about the next IDTechEx awards on this topic, see www.IDTechEx.com/EHEurope. The next awards for this industry will be held at the US version of this event in Boston, USA on Nov 15-16. See www.IDTechEx.com/ehUSA for details.