Energy harvesting comes to the fore with electric vehicles because the price they pay for being environmental and exhibiting many performance advantages is that they have limited energy available. In and on these vehicles, the energy snatched from heat, light, movement and other sources may be milliwatts or less to drive wireless sensors and actuators, watts for self sufficient lighting clusters (still in development) or - the main focus - up to kilowatts to charge the traction battery or traction supercapacitor that provide motive energy to the electric traction motors.
Secondarily, the traction power storage may also provide other electricity needs such as hard wired lights, climate control and instruments. Reducing any of these loads is welcome. The traction battery of an on-road electric vehicle can be up to half of the total cost of the vehicle - another sensitive issue. If the battery is charged more often in various ways it can often be smaller and cheaper and weigh less - a virtuous circle. IDTechEx examines the use of energy harvesting to charge traction batteries in the new report Energy Harvesting for Electric Vehicles 2011-2021.
In the past, there has been some contempt for the usually small amount of electricity that energy harvesting can provide for traction. For example the old idea of a small square photovoltaic panel on an electric car may increase range by only five kilometers. This misses four points.
The following figure shows examples of energy harvesting technologies and their applicability to electric vehicles, land, water and air. 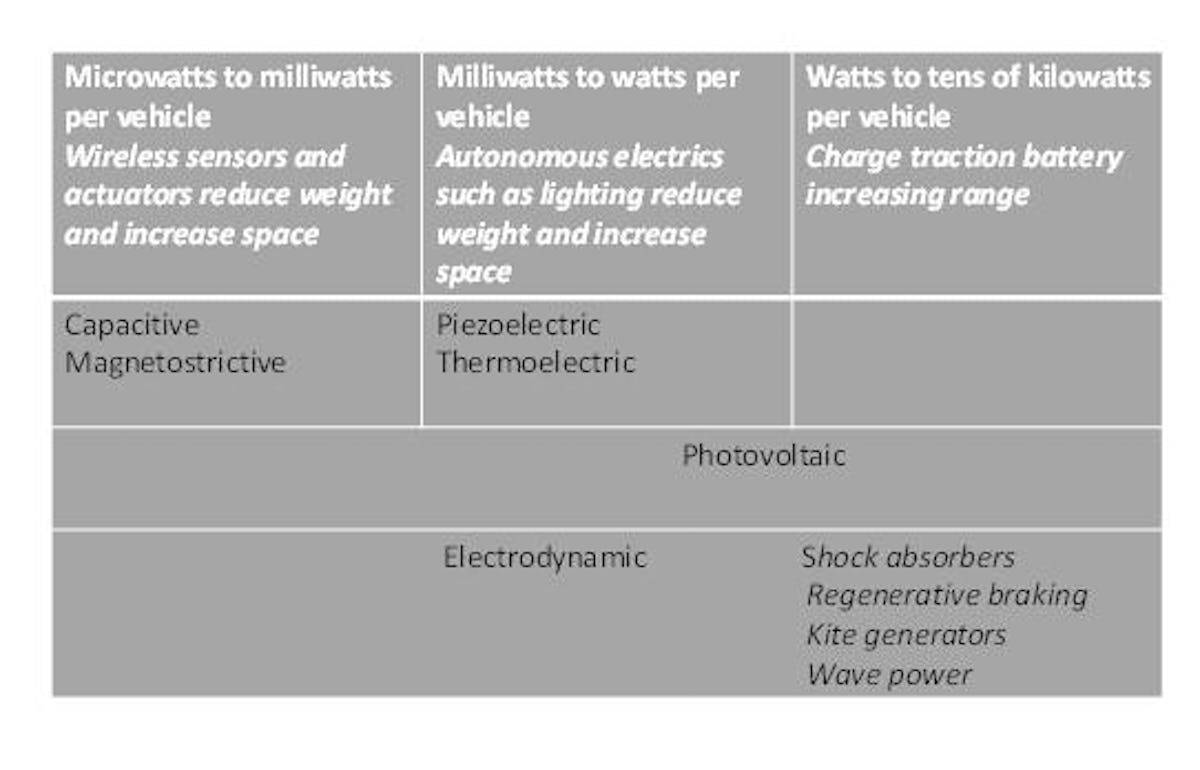 Source: IDTechEx Energy Harvesting for Electric Vehicles 2011-2021.
Energy harvesting is now receiving a great deal of attention because such devices can have life of twenty years or more and provide environmental, safety, security of supply and other benefits including cost.

Opportunities for energy harvesting in cars

The opportunities in cars include energy harvesting where motive power, not just accessories, benefit from locally harvested energy. Either way, the ambient energy available includes human power, vibration, light, heat and movement. The conversion mechanism can be photovoltaics (solar cells), thermovoltaics (Seebeck effect), piezoelectric (as with a batteryless gas lighter), electrodynamic (like a bicycle dynamo for example) or other options. Sometimes energy storage is needed with energy harvesting, in order to deliver the electricity that has been created at the right time and in the right amount for the application. This usually means rechargeable batteries and/ or supercapacitors/ combinations of the two into one device, which is being explored and these devices are variously called supercabatteries, bacitors or Asymmetric Double Layer Capacitors (ADLCs).
The most popular types of energy harvesting for all applications are photovoltaic and electromagnetic and this is also true with cars. Piezoelectric and thermoelectric options are being developed by hundreds of organisations and they will have many uses. These two options are starting to be used in cars but there is much more to come. 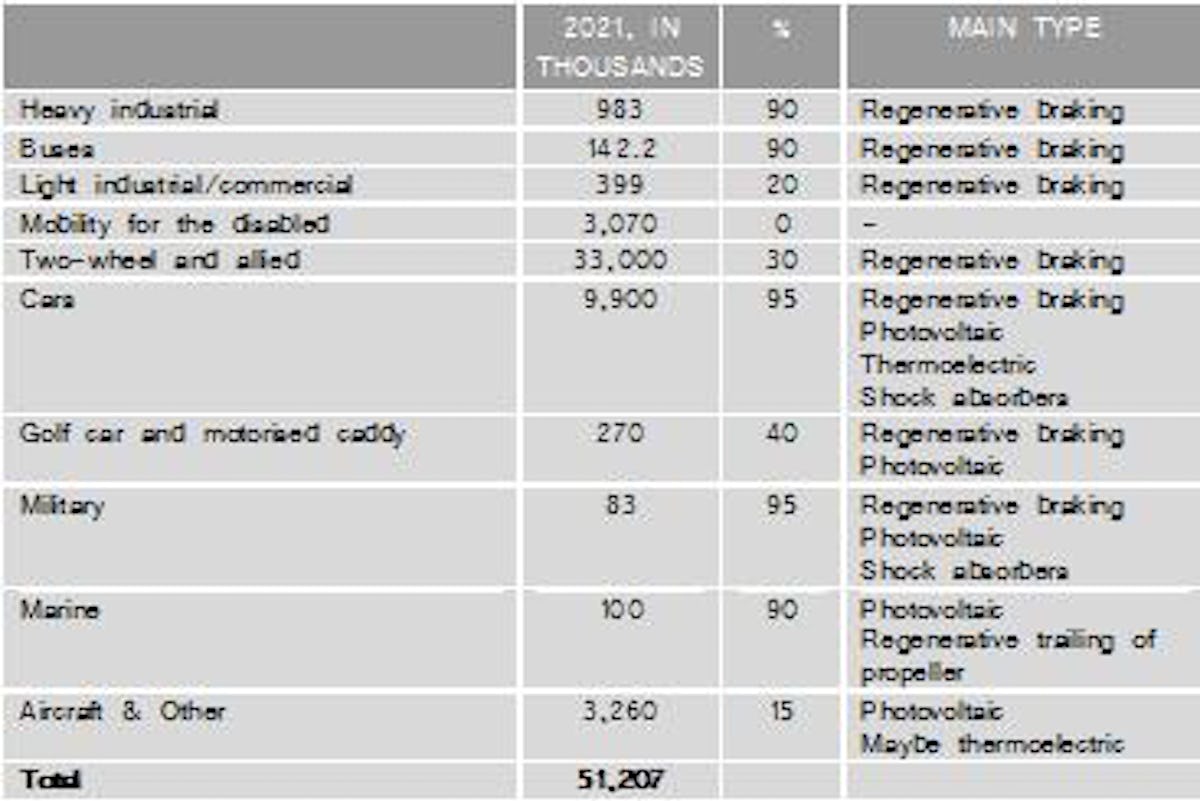 For more information, hear from car companies Ford and Volvo, in addition to those working on the technologies described above, at the IDTechEx Energy Harvesting & Storage event in Boston, USA on Nov 15-16. The event, the largest on the world on the topic, covers how energy harvesting is being applied to power consumer electronics, sensors, vehicles & beyond. Register now for the early bird savings at www.IDTechEx.com/boston.
Top image: Allied Electric
For more read Energy Harvesting and Storage for Electronic Devices 2011-2021
And attend Energy Harvesting & Storage and Wireless Networks & RTLS, November 15-16 2011, Boston, USA