Some of the highlights of the keynote presentations at the 2012 IDTechEx conferences on energy harvesting, storage, wireless sensor networks and supercapacitors are presented below. The event, held in Washington DC, attracted over 300 attendees who listened to presentations from public bodies with budgets upwards of $590 Billion (such as the US Department of Energy and Department of Defense) and companies with revenues over $720 Billion.
Shell
In the oil and gas industry, Ron Cramer discussed the multinational giant's requirements from energy harvester and sensor technologies, describing some of the harsh environments these devices would have to be operational in. In essence, the difficult operation requirements are the main reason that delays further deployments of these technologies, given the fact that expectations for robustness and longevity are set very high. 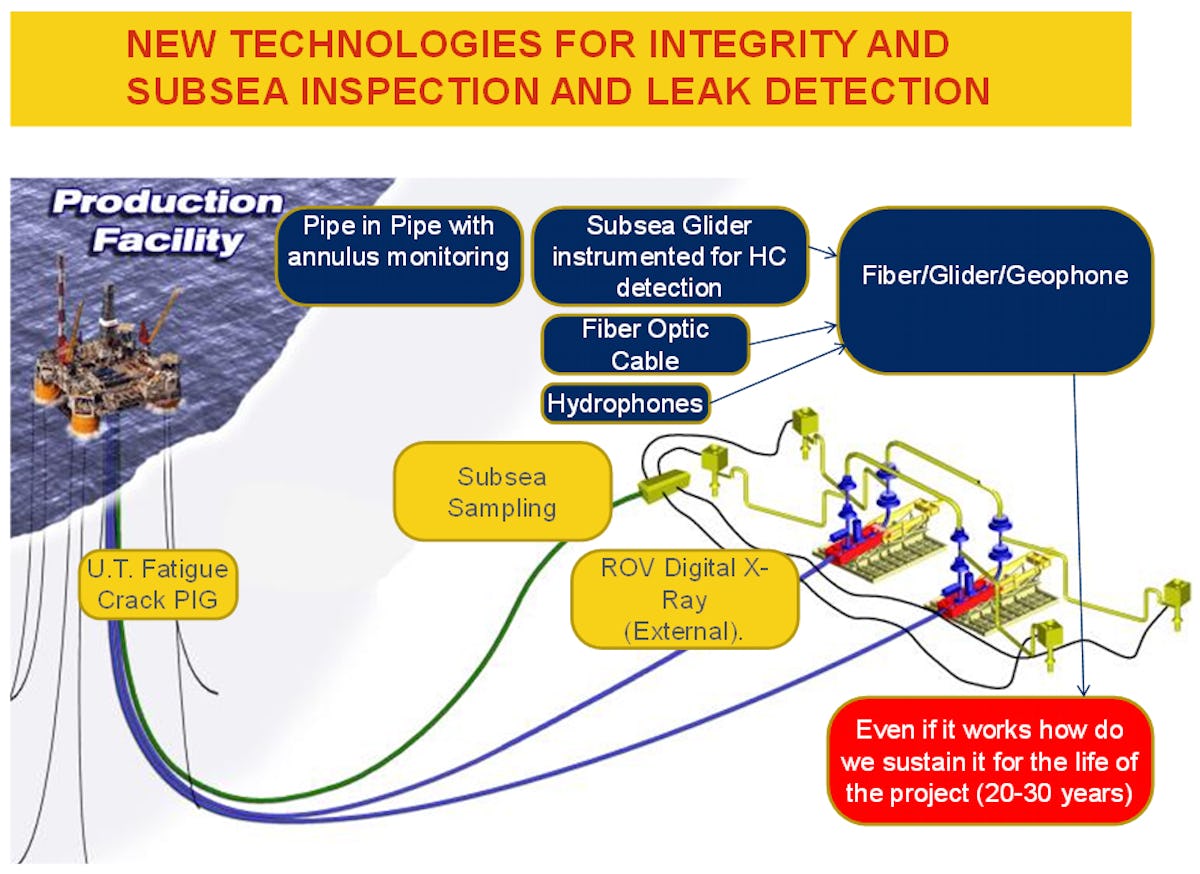 Source: Shell
In leak detection for example, as shown in the picture above, pipe in pipe with annulus monitoring is perhaps the most robust solution as it also contains the leak. Main issue would be cost of deployment and a set up including a subsea glider, fibre optic cable and hydrophones present the best opportunity for new technology. In effect though, the real challenge may not be developing the technology, but keeping it in operation for the life of the field.
Bombardier
Salwa Fouda on the other hand, discussed the technologies being developed and commercialized at Bombardier, for the transportation sector and mostly focused on the supercapacitor storage solutions. The ECO4 line of products developed at Bombardier are focused on energy efficiency and sustainability, leading to energy savings of up to 50% when compared to current products available.
A most interesting concept of the storage ECO4 products relates to the way a train can generate energy during braking which is fed back into the system for use by another nearby accelerating/dwelling train. When there is no train nearby, instead of wasting that energy being wasted as heat, it is stored at a wayside energy storage system (WESS), utilizing supercapacitor technology, for later use.

Intel
Finally, Dr Milan Milenkovic with Intel Corporation discussed the IDTechEx award winning POEM technology, the Personal Office Energy Manager developed and currently being pilot tested in France and Japan, aiming to improve user comfort and office energy efficiency at the same time, through end-user feedback and visualisation.
Based on the fact that office buildings consume 40% of energy, 72% of electricity worldwide, Intel aims to enhance IT by:
As a result, one can achieve the creation of energy efficient new and legacy buildings as well as increased occupant comfort and participation by closing the loop between people and building controls. 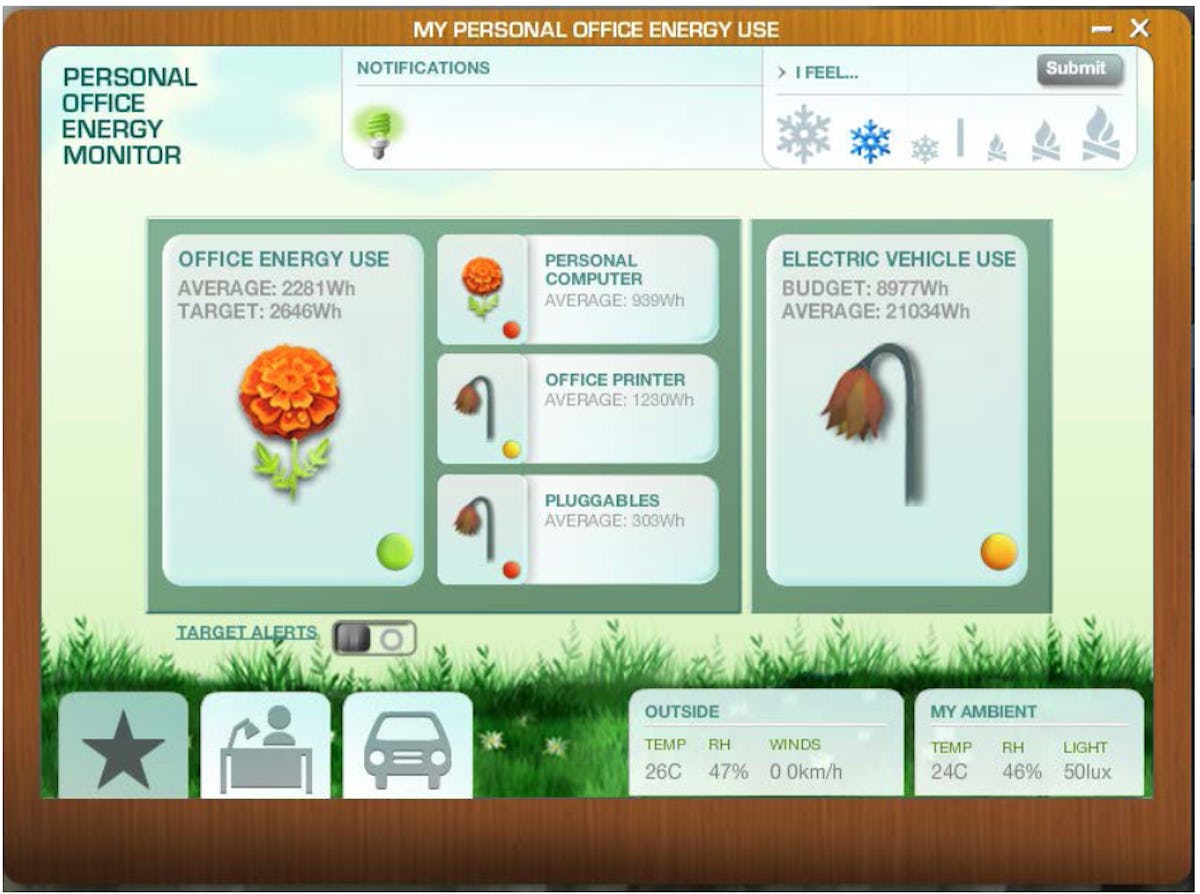 Screenshot of POEM's personal feedback user interface. Source: Intel
Initial results of the POEM tests, according to Dr Milenkovic, indicate that:
As mentioned earlier on, POEM won the IDTechEx award in the field of Best Technical Development of Wireless Sensor Networks, an actual referenceable effort that details a method for humans to adjust their office space environment with a goal of personal comfort AND energy savings.
For those who didn't have the chance to attend the show, the conference presentations and audio proceedings are available from the IDTechEx website. For more information please contact the Event Manager, Corinne Jennings at c.jennings@IDTechEx.com.