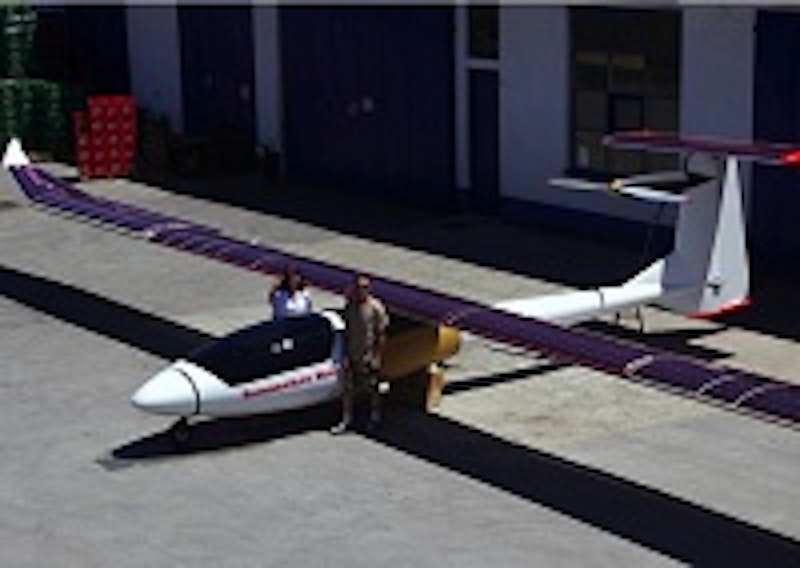 Almost ready to fly, the Sunseeker Duo has been rolled out in the USA following European leadership in single-seater all-solar civilian planes such as the Swiss-German Solar Impulse that has flown a complete day and night and travelled between countries. A new model is being prepared in Europe that is intended to fly around the whole globe purely on sunshine. The Europeans have flown two-seater pure electric planes but they are not solar. For example, the European Commission ENFICA project lead by University of Turin, Italy, has successfully flown a fuel cell based hybrid electric two-seater plane a few years ago. The Europeans also lead in pure electric helicopters flying first in France then in Germany in the last year but they are not solar either. 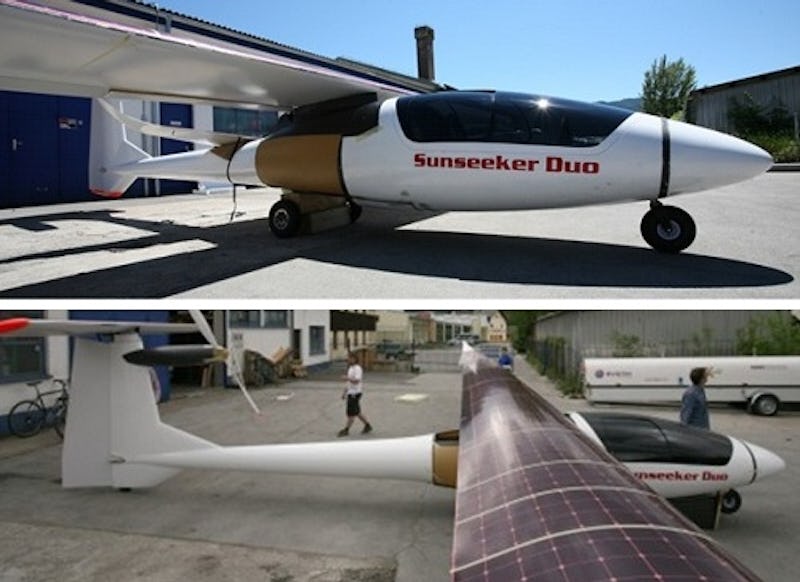 By contrast, the Sunseeker Duo, built on very limited finance and still seeking more funding, aims to create practical all-solar fixed wing flight for two people using donated Chinese lithium polymer batteries. There is no innovation in covering the wings with conventional solar cells but interesting advances include moving up to 200V for better efficiency. As has been seen before, the batteries are in the wings, effectively as "structural components", the way of the future with all electric vehicles, land, water and air.
Once again, we are talking of motor gliders, a relatively safe entry to all-solar fixed-wing travel. The design of the Sunseeker Duo is based upon the Stemme S-10, a glider which has been in production since the 1980's. It features a folding propeller which is contained within the aircraft's nose cone when not in use. The Sunseeker Duo maintains this design, though does so while aiming to reduce the weight of the Stemme S-10 from its standard empty weight of 645 kg (1,422 pounds), to 270 kg (595 pounds).
For more read Electric Aircraft 2012-2022 and attend Electric Vehicles Land Sea & Air
Energy Harvesting and Storage for Electronic Devices 2012-2022
And attend Energy Harvesting & Storage Europe 17-18 April 2013, Berlin, Germany