With sales of over $17 billion in 2013 and a merger with ZF Friedrichshafen anticipated to be completed in 2015, TRW Automotive ranks among the world's leading automotive suppliers. The company has been developing advanced active systems in braking, steering and suspension as well as sophisticated occupant but also pedestrian safety systems, with a significant interest in the incorporation of technologies such as energy harvesting in its product offerings.
Being a leading supplier of tire pressure monitoring systems (TPMS), a significant amount of research has gone into the development of harvesters for such applications, especially in cases when existing battery technologies have insufficient lifetimes. The technology continually evolves and is projected to reach $3 billion by 2017, fueled by mandatory TPMS deployments in different parts of the world such as Europe or China.
Current TPMS technology utilizes either 3V lithium-ion batteries or 1.25V nickel metal-hydride batteries to power the pressure sensor. Transmitting pressure data every few minutes is a usage scheme that is effective in the efforts to maximize battery life, but low sampling rates could prove to be fatal in cases of rapid pressure loss. Limitations in current energy harvesting technologies that could potentially substitute batteries and do away with worries of limited data sampling rates are currently delaying further proliferation of harvesters but the interest is high as the requirements remain stringent. 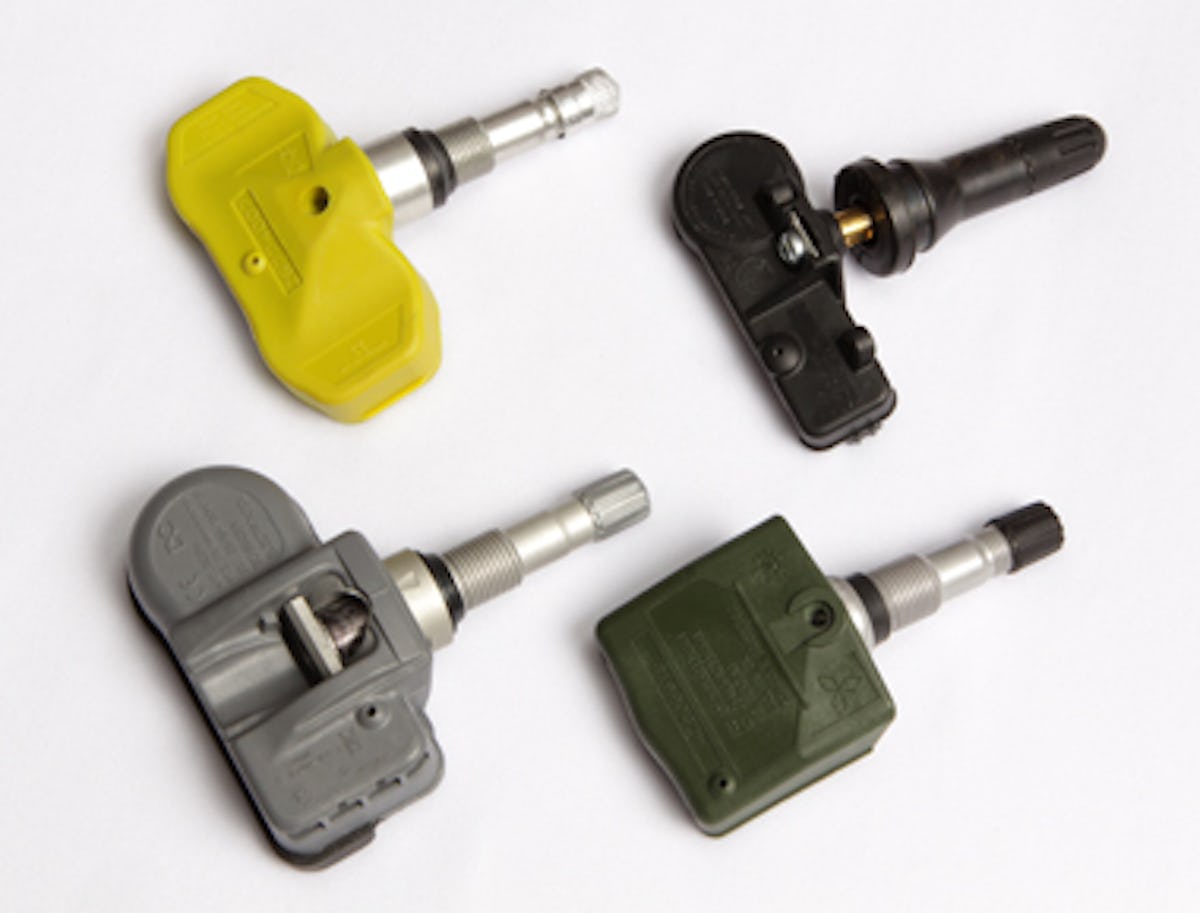 Schrader direct fit TPMS sensors
But TRW's interest and efforts to research and develop energy harvesting is not only limited in TPMS automotive applications as the company has been actively involved in a variety of other projects where wireless sensing and energy harvesting technologies can be deployed to improve performance, the driving experience, or reduce fatalities, etc.
Back in 2012, the company announced its next generation Pedestrian Protection System (PPS) which utilizes a combination of acceleration and pressure sensing technologies to detect a pedestrian impact. The company has been in production of its first PPS since 2009, which has been in production in Porsche and Chrysler vehicles.
Another interesting example of this is the efforts on developing wireless sensing for non-moving vehicle infrastructure (e.g. sensors in street furniture, road-integrated solutions, etc.) but even more recently, TRW has been working in the development and design of energy harvesting into novel wireless sensors for railway infrastructure monitoring.
Companies like Perpetuum have worked in the past in developing railway-related applications of their vibration harvesters (wirelessly monitoring wheel wear in train carriages in real time) but of course rail applications are varied and energy harvesting technologies can offer versatility in technology choice based on specific application requirements.
To find out more about TRW's developments in the space for wireless sensing and energy harvesting, attend IDTechEx's event on Energy Harvesting & Storage, that's taking place in Berlin, on 28-29 April 2015. www.EnergyHarvestingEurope.com