James Tam of the Hong Kong Polytechnic University is printing silver conductive patterns using silver nitrate and, alternatively, silver nanoparticles and may soon try the new copper inks. Inkjet and flexo are used and the objective is to improve both the ink and the printing technology. A possible application is seen as RFID antennas. The project is government backed, there is an industrial partner and it ends in November when it will be published. Dr H.N. Lam at the Mechanical Engineering Department of the University of Hong Kong is developing more affordable wireless building controls using various forms of energy harvesting, printed solutions such as photovoltaics and piezoelectrics having a place. H.C. Ong and colleagues at the Physics Department of The Chinese University of Hong Kong has reported on "Interfaces in Field Effect Transistors and Photovoltaic Cells".

DuPont in Hong Kong is developing printed photovoltaics and transistors under a government grant. In 2008, it established its global thin film photovoltaic business, research and development center in the science park in Hong Kong with manufacture in Shenzen, a city neighboring the Hong Kong Special Administrative Region (HKSAR). HKUST Chemistry Professor Dr Hongkai Wu has been awarded DuPont Young Professor, the only local candidate from Hong Kong to have won the honor for 2007-09. 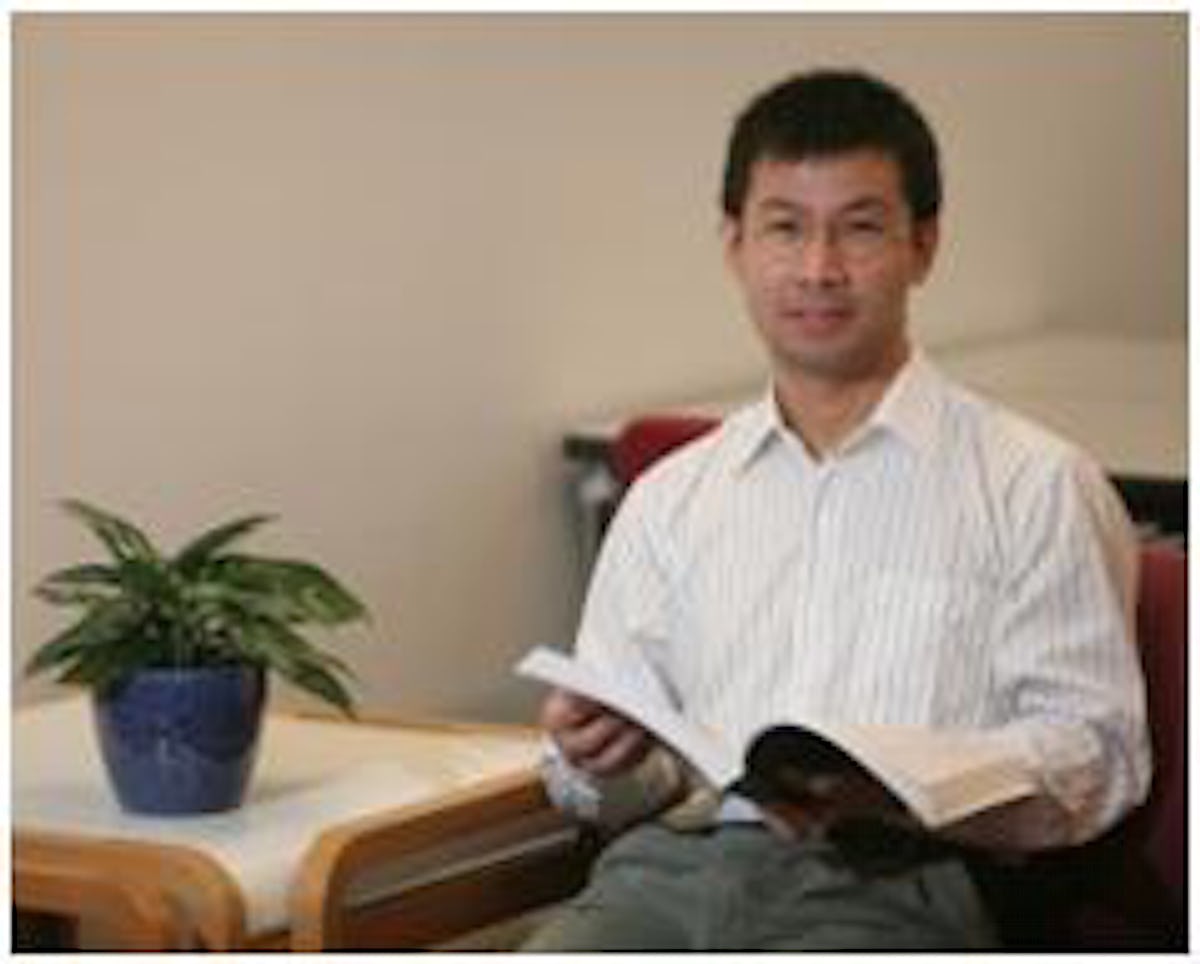 Dr Hongkai Wu
Dr Wu receives a grant to conduct research on microfluidics, bioanalytical science and materials chemistry. The DuPont Young Professor Grant Program provides start-up assistance to the most promising young and untenured research faculty members in areas of interest to DuPont.
His research team has used the grant "to research MEMS, microfluidics, soft lithography, and surface chemistry to design and provide new tools for the application and understanding of fundamentals in materials and biological sciences, including microfluidic chemical reactors, high throughput single-cell analysis and chemical separations." remarked Dr Wu.
Back in the USA, scientists at DuPont and Cornell University in Ithaca, New York have used a simple chemical process to convert mixtures of metallic and semiconducting carbon nanotubes into solely semiconducting carbon nanotubes with electrical characteristics well-suited for plastic electronics. This finding, reported in Science recently, identifies a commercially viable path for the production of bulk quantities of organic semiconducting ink, which can be printed into thin, flexible electronics such as transistors and photovoltaic materials for solar cell technology.
The research team included DuPont Dr. Graciela Blanchet, Research Fellow at Cornell University and George Malliaras, Associate Professor of Materials Science and Engineering, Mandakini Kanungo Cornell/DuPont post-doctoral fellow and Helen Lu a DuPont research chemist. Their article was titled "Suppression of Metallic Conductivity of Single-Walled Carbon Nanotubes by Cycloaddition Reactions." The research was funded by a U.S. Air Force grant to Cornell University.
Since their discovery in the early 1990s, carbon nanotubes have been viewed as potentially revolutionizing the electronics industry. However, the fact that carbon nanotubes are produced as complex mixtures can greatly limit their applications. DuPont scientists published a method to separate carbon nanotubes using DNA in 2003 and DuPont has continued to investigate these materials. The current development is a significant advancement in this pioneering field, and is a more promising approach to developing semiconductor applications of carbon nanotubes.
"A significant limitation in electronic application of carbon nanotubes has been the difficulty in separating metallic from semiconducting carbon nanotubes," Graciela said. "Our research uncovered a potentially low cost route to suppress the conductivity of the metallic tubes without requiring further separation of nanotubes by type."
"We are looking forward to exploring the use of this material in a wide range of devices for applications such as novel organic photovoltaic structures," Malliaras said.
Top Image: Hong Kong, source Destination 360
For more attend: Energy Harvesting and Storage Europe 2009
Also read: Energy Harvesting and Storage for Electronic Devices 2009-2019