Active RFID, where a battery drives the tag, is responsible for an increasing percentage of the money spent in the RFID market. It will rise from 10% of the total RFID market this year to 24% in 2019, meaning a huge $6.74 billion market. The term Active RFID incorporates many technologies including Real Time Locating Systems (RTLS), Wireless (or Ubiquitous) Sensor Networks and includes Zigbee, RuBee, Ultra Wide Band, WiFi and more.
For a long time active RFID has been used where several tags communicate with readers - first generation. In 2009, such active RFID is a market of $439 million with highlights being over $2 billion spent cumulatively on car clickers, and a recent order for non stop road tolling of $500 million.
Second generation active RFID is Real Time Locating Systems (RTLS), which in 2009 is a market of $153 million and showing rapid growth. Most of the value here is in the system - with tags taking up no more than 20-30% of the total cost. Most orders are small as yet of a few million dollars each but there is tremendous growth. Technologies such as Ultra Wide Band have enabled high location accuracy and now others even offer location using passive tags, such as from Mojix.
Now emerging are Wireless Sensor Networks (WSN) which is about automatically monitoring forest fires, country wide utility equipment, aircraft, hospitals and much more over wide areas, something previously impossible. It is becoming possible thanks to the new Wireless Sensor Networks WSN which employ so-called "mesh networking" of tags to provide massive scalability - a small system is easily made into a very large one. The new systems are also exceptionally fault tolerant and easy to install.
IDTechEx has tracked over 140 organizations working in the field of Wireless Sensor Networks, the figure below shows the distribution by country. 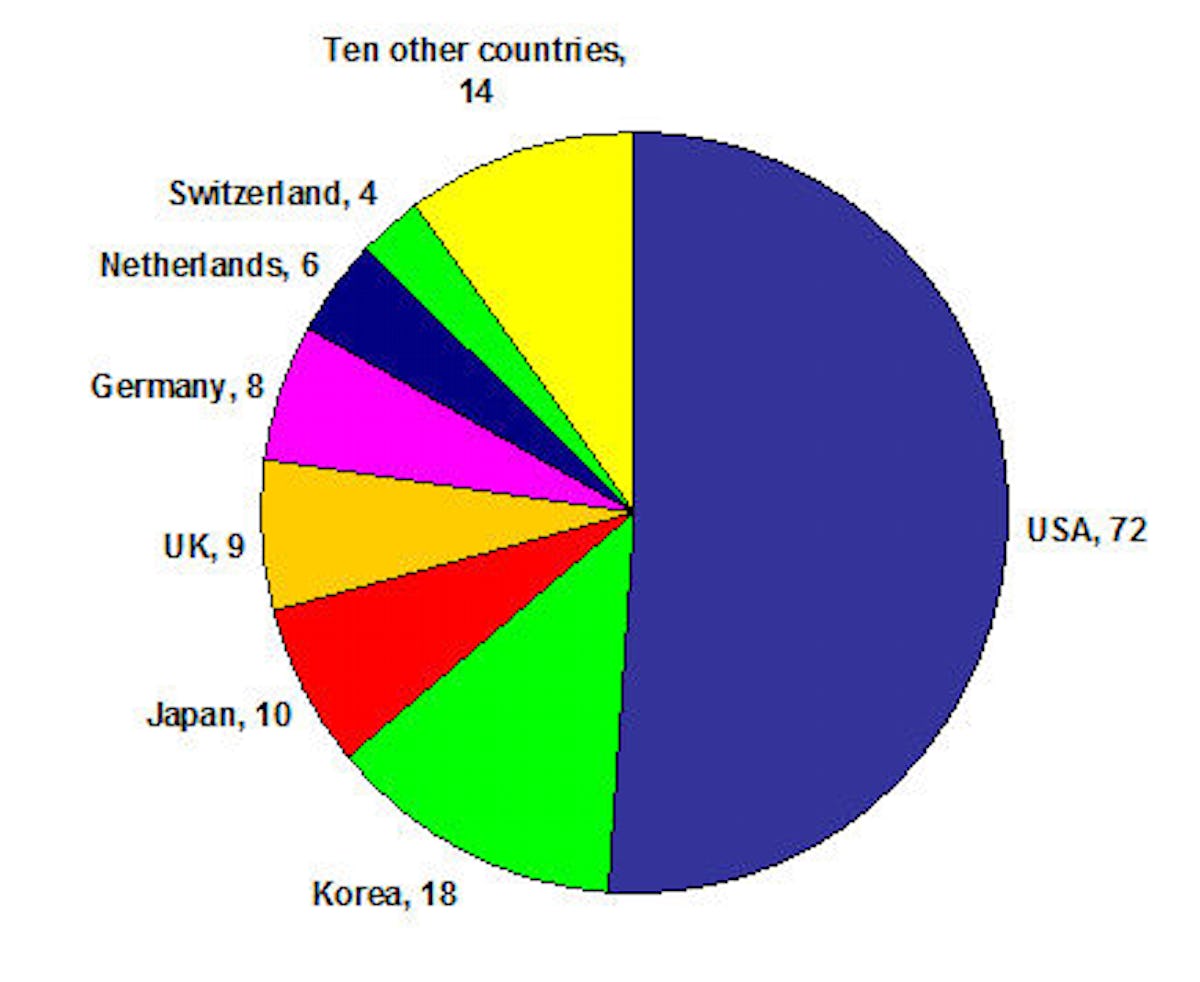 Source: IDTechEx report "Wireless Sensor Networks 2009-2019" www.IDTechEx.com/wsn.
The applications, technologies and case studies will be covered at the forthcoming IDTechEx event "Wireless Sensor Networks & RTLS 2009" to be held in Denver on Nov 3-4 (www.IDTechEx.com/rtls). It includes presentations from end users such as the US Navy covering their application of wireless sensors to monitor the condition of munitions, along with system integrators Northrop Grumman and Lockheed Martin. The Hospital Corporation of America will discuss their experience with RTLS systems in hospitals.
In industry, sensor giant Emerson will cover the paybacks and case studies of WSN deployments for process control and BP will cover its needs and experiences so far.
The wide range of technologies will be covered from passive RTLS to active solutions as will developments with energy harvesting, energy storage and ultra low power electronics.
Register now for the best early bird savings. Go to www.IDTechEx.com/rtls for more details.