Breakthroughs with sensing in the human body 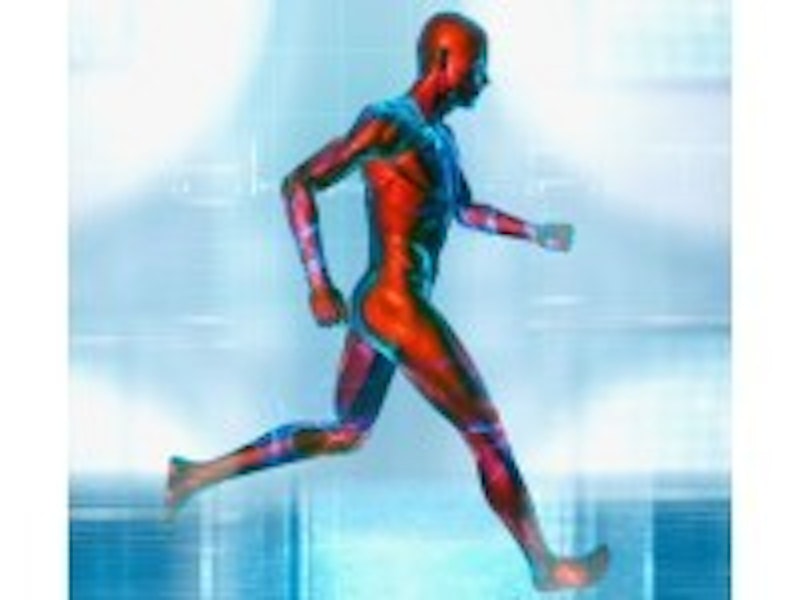 Holst Centre and others are working on body area networking to monitor vital signs, control drug delivery according to need and otherwise progress towards bionic man and woman and care of the disabled and elderly. Unfortunately cutting into your body to change batteries brings with it a significant percentage of mortalities, not just pain and infection. Energy harvesting within the body is potentially helpful but biobatteries and thermoelectric generators provide only weak amounts of electricity in such applications.

One tenth of the power for body monitoring

Fortunately, energy harvesting progresses as much from electronics becoming less power hungry as it does from harvesting becoming more powerful and body monitoring is no exception. For example, researchers at Korea University in Seoul noted that monitoring many vital signs such as blood sugar level and electrical activity of the heart currently calls for too many batteries, so they have developed a way of transmitting 10 megabits/second through the skin using one tenth of the amount of energy required by existing schemes. Sang-Hoon Lee, one of these researchers, has noted that their thin flexible electrodes make an excellent connection and use significantly less energy than a conventional wireless network such as Bluetooth, because the low frequency electromagnetic waves employed pass through the skin with little attenuation. Indeed, they are also sheltered from outside interference.

Breakthroughs in wearable and implantable harvesting

On the other hand, at the joint Energy Harvesting & Storage Europe and Wireless Sensor Networks & RTLS 2010 in Munich 26-27 May, Prof Michael C McAlpine, Department of MAE, Princeton University will reveal a method for integrating highly efficient energy conversion materials onto stretchable, biocompatible rubbers. He believes that this could yield breakthroughs in implantable or wearable energy harvesting systems. His team have a scalable and parallel process for transferring crystalline piezoelectric ribbons of lead zirconate titanate (PZT) from host substrates onto flexible rubbers over macroscopic areas. Fundamental characterization of the ribbons by piezo-force microscopy (PFM) indicates that their electromechanical energy conversion metrics are among the highest reported on a flexible medium.

RFID with sensors and without a battery

In the quest to replace batteries in small devices or at least to radically reduce their loading in order to gain longer life, less weight and smaller size, employment of several forms of harvesting in one device is becoming more and more common. Current favourites are electrodynamic harvesting combined with photovoltaics but, beyond work on harvesting from the heart for defibrillators and pacemakers, there is little medical use of either on or in the human body. For example, electrodynamics scales down poorly, making it difficult to bring the bicycle dynamo, power generating floor or mini wind turbine to bear on or in the human body itself, though hand cranked medical instruments are proving invaluable in the Third World. At the joint event Energy Harvesting Europe/Wireless Sensor Networks & RTLS Europe, alternatives, for harvesting in general rather than healthcare in particular, will be revealed by Jake Galbreath, Vice President Wireless Systems MicroStrain, United States. He will announce an integrated energy harvesting wireless sensing node capable of operating from ambient energy sources such as piezoelectric vibration, thermal, and solar. Initially, this new generation of scalable sensor networks will be embedded deeply into machines and structures. He will elaborate on overcoming the challenges of powering wireless sensor nodes and finding ways to maintain a charge on energy storage elements.

At the same event, Dr Nantakan Muensit, Associate Professor of Materials Physics, Prince of Songkla University in Thailand will also enthuse about piezoelectric harvesting, in this case at the micro scale with relevance to micro electromechanical systems that may be implanted in the human body and used in many other applications. In other words, the sensor and harvester are combined in one very small device. She will address piezoelectric materials as microgenerators for harvesting energy on vibrations using the piezoelectric effect and even a microgenerator for harvesting energy on temperature variation using the pyroelectric effect. She will consider the harvesting power obtained from ceramic and polymer materials using the Synchronised Switch Harvesting on Inductor SSHI and nonlinear processing techniques and possible applications.
Indeed, the Holst Centre will be represented at the event by Dr Ruud Vullers, Principal Researcher and Program Manager, giving an overview of application fields for wireless sensor systems powered by energy harvesters, focusing on MEMS based energy harvesters. The impact on the harvester design and characteristics when reducing its dimensions will be clarified and recent results of micromachined vibrational and thermal harvesters will be presented. Opportunities and challenges of small MEMS based energy harvesters will be addressed.
Raghu Das CEO of analysts IDTechEx, the organisers of Energy Harvesting & Storage Europe and Wireless Sensor Networks & RTLS 2010in Munich 26-27 May, says, "There is enormous cross fertilisation between advances in energy harvesting and WSN, with technologies developed for one application proving invaluable for another. Our event maximises the interaction by having the conferences combined with an exhibition, Masterclasses and visits to local centres of excellence. This makes it the leading European event on these subjects."
Top image source: The Barron Blog
For more read : Energy Harvesting and Storage for Electronic Devices 2009-2019
and attend Energy Harvesting & Storage Europe and Wireless Sensor Networks & RTLS Summit 2010