Thermoelectric energy harvesters to reach over $1 billion by 2026

Find out more at Energy Harvesting & Storage, Berlin, 27-28 April!
According to IDTechEx research, the market for thermoelectric energy harvesting is expected to reach over $1 billion by 2026, with the expected growth mostly sustained by significant proliferation in the space for wireless sensors and actuators in a variety of market verticals. This latest research will be described in the forthcoming IDTechEx report Thermoelectric energy harvesting 2016-2026: Devices, applications, opportunities. The report shows the emergence of interesting new areas of research and development, with signs of consolidation, side-by-side with significant growth for best positioned technology developers, describing a somewhat uneven market landscape as companies seek routes to market.
The IDTechEx Show! Energy Harvesting & Storage event in Berlin, 27-28 April, will shed light on the latest developments on thermoelectric energy harvesting, with input from integrators, technology developers as well as end users.

The Heat Harvest table concept demonstrated by two students at the Copenhagen Institute of Interaction is just one potential product that could benefit from large area printed, flexible thermoelectric generators, taking heat on the table generated by a hot plate or a cup of coffee and turning it into energy to recharge consumer electronics. 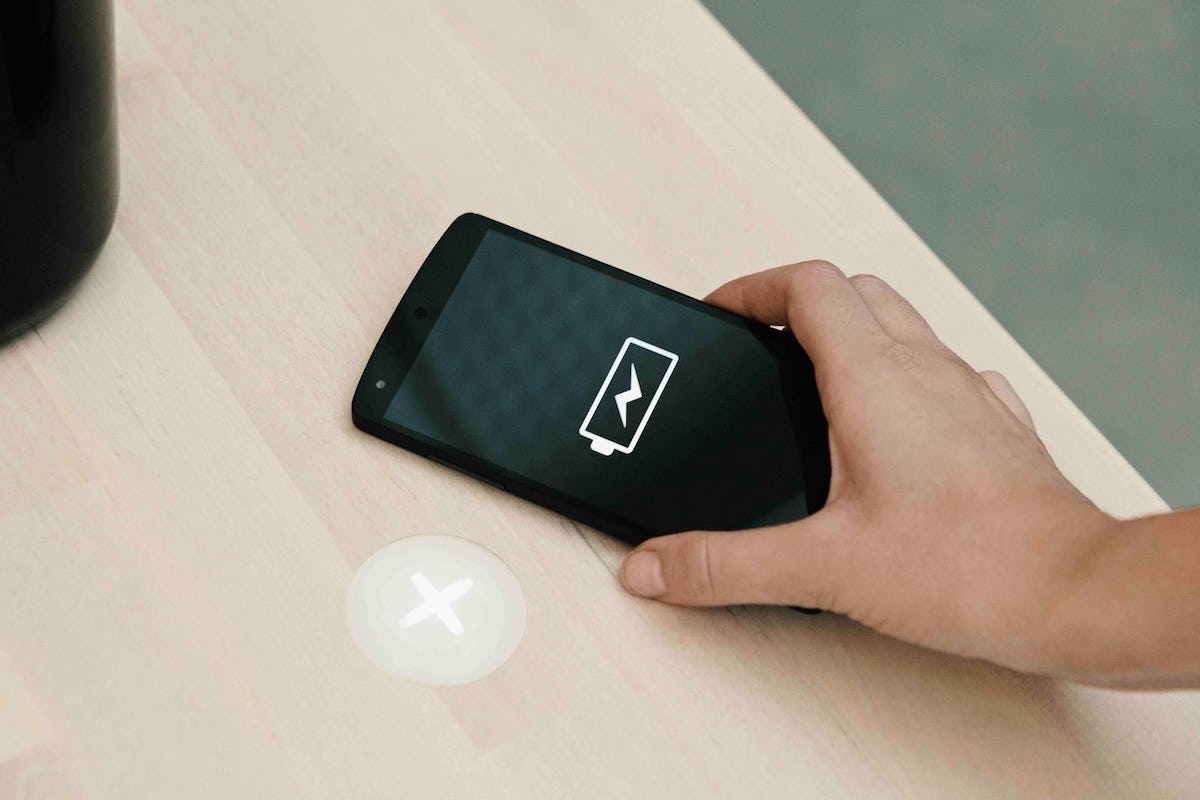 The Heat Harvest table: A concept demonstrated by students at the Copenhagen Institute of Interaction (CIID) in a two-week workshop to prototype "Aspirational Objects" for urban living, a program in the Future Living Lab. Future Living Lab, backed by IKEA and Rebel Design, takes up space at SPACE10, a workshop and exhibition venue in the heart of Copenhagen.
Many interesting developments are coming from the space for flexible, printed, organic thermoelectric generators: Otego in Germany for instance makes use of inexpensive, non-toxic organic semiconductors and processes them in large scale industrial production machines. The company is developing a mass production process based on the imprinting on ultra-thin foils on a roll to roll printing process and subsequently using a proprietary folding process; the active materials are semiconducting polymer-based inks. The variety of size of generators that can be produced via this process can address the range of applications for energy harvesting, from small size wireless sensor nodes all the way to large generators for industrial waste heat recovery.
CDT on the other hand, although so far mostly involved with the development of materials for polymer-based OLED technology is expanding its research interests, with flexible, organic thermoelectrics being one of the main areas the company is looking into: In fact, according to patent research performed by the UK's Knowledge Transfer Network - although Japanese entities dominate the patent filing map followed by the USA- CDT is the biggest UK filer of patents on the topic of thermoelectrics.
Finally, earlier this year, in February 2016, PARC announced a collaborative project funded by ARPA-E, focused on using co-extrusion (CoEx) to produce TE structures. CoEx is a manufacturing technology developed by PARC for high speed printing of fine, high aspect ratio structures. Although previously used in the manufacture of high energy density Li-ion batteries, it is uniquely suited to fabricate large-area TE devices as it allows for full module fabrication through direct deposition of both p- and n-type TE materials onto a substrate and is fully compatible with high-volume roll-to-roll manufacturing on flexible foils.

Schematic of the co-extrusion process and example of a co-extruded structure from one print head. Source: PARC
Both Otego and CDT will be present at the IDTechEx Show!; Otego in the IDTechEx Launchpad area, and CDT presenting at the main conference. For more information on the event, please visit www.EnergyHarvestingEurope.com