At the successful IDTechEx Energy Harvesting & Storage and RTLS & WSN conferences last week, Dr Radislav Potyrailo, Principal Scientist at GE Global Research, covered their work on wireless sensors.
These utilize existing standardized RFID passive tags working at HF (13.56MHz). On top of the antenna, a sensor film is applied. The conductivity of this film changes as it senses particular things and that slightly changes the response of the tag. The system itself is tag agnostic at HF - standardized tags can be used and the readers consist of a standard RFID HF reader combined with additional components to detect the resonant property of the tag depending on how the sensor has changed the impedance spectrum of the antenna.
A key area of work for GE was in making the sensors sensitive enough to work in environments where the medium to be sensed is in very low quantities and widely dispersed. The sensing performance achieved by the device over the last few years is shown below.
GE has tested the sensors in a variety of applications so far. One of those is the detection of food spoilage, as shown below. The RFID sensor is placed on the outside of the milk carton and allows for non invasive detection - it can detect the spoilage through the carton wall. 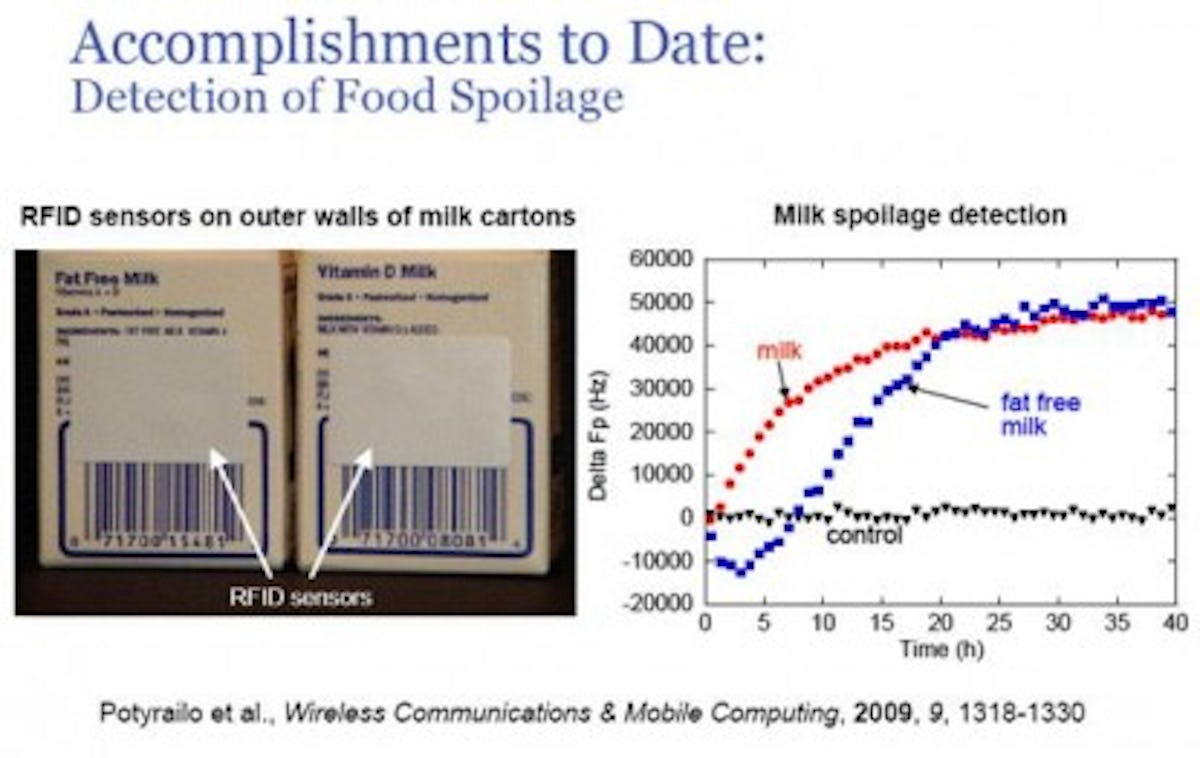