Fuel Cell Electric Vehicles, What Their Future Looks Like 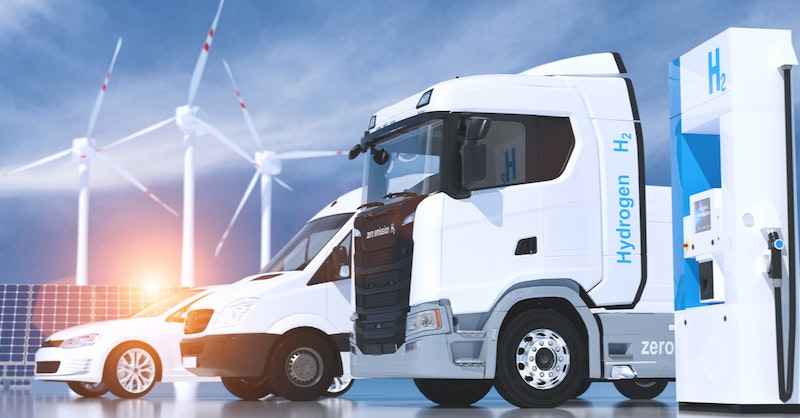 Fuel cell electric vehicles (FCEVs) and battery electric vehicles (BEVs) are considered by the most, as two competing technologies. Although both technologies power an electric motor, they have different properties and each of them is well suited for some uses more than others.
BEVs market is increasing, with the major automotive companies, like BMW, and Mercedes, starting to introduce into the market an increasing number of electric battery vehicles, in parallel to the main BEVs company like Tesla, and Toyota. FCEVs on the other hand are still at the demonstration stage.
In April 2019 Daimler stepped back from the development of the GLC F-Cell, after many years of investigation of fuel cells technologies. Besides this decision, Daimler did not completely abandon the hydrogen powertrain, but mostly shifted its focus to a different application. In fact, a collaboration with Volvo to develop fuel cell heavy-duty vehicles will possibly begin in September 2020, which will define a new chapter for the hydrogen technologies.
Although the FCEVs have not reached large scale production, the long-term plan adopted by several countries is to implement the adoption of FCEVs among other applications. The idea is to develop a hydrogen network, which aims the adoption of hydrogen as an energy carrier in different sectors. In other words, the development of the so-called hydrogen economy.
As analyzed in the new IDTechEx report, "The Hydrogen Economy, Fuel Cells and Hydrogen Production Methods", many countries are already involved in the development of a hydrogen economy. The necessity of the hydrogen economy is driven by the requirement of reducing pollutant emissions while achieving a higher energy independence. Within the different sectors addressed by hydrogen economies, the automotive sector is one of the first to be developed. Countries like Germany and Japan have already installed a considerable number of hydrogen refueling stations (HRS), besides promoting the adoption of hydrogen technologies. 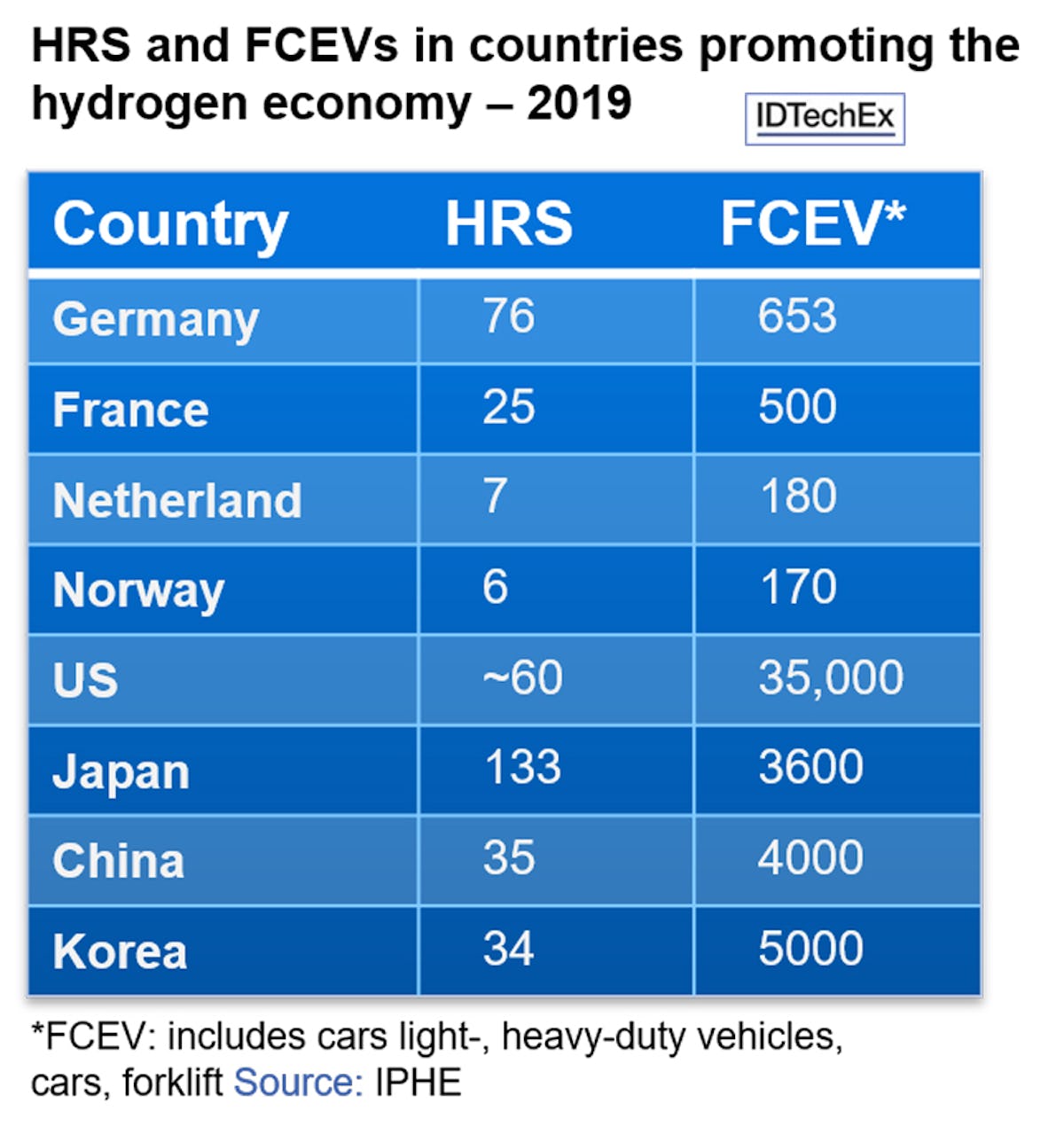 The main reason behind this choice is to reduce the cost of hydrogen. A large-scale adoption of FCEVs, and hydrogen, would facilitate the adoption of hydrogen and related applications.
As explained in the hydrogen economy report released by IDTechEx, many countries are involved in this process and is likely that others will join to boost the adoption of green resources and fulfilling the Paris Agreement adopted by several nations.
For more information on this report, please visit www.IDTechEx.com/Hydrogen or for the full portfolio of Advanced Materials research available from IDTechEx please visit www.IDTechEx.com/research/ES.