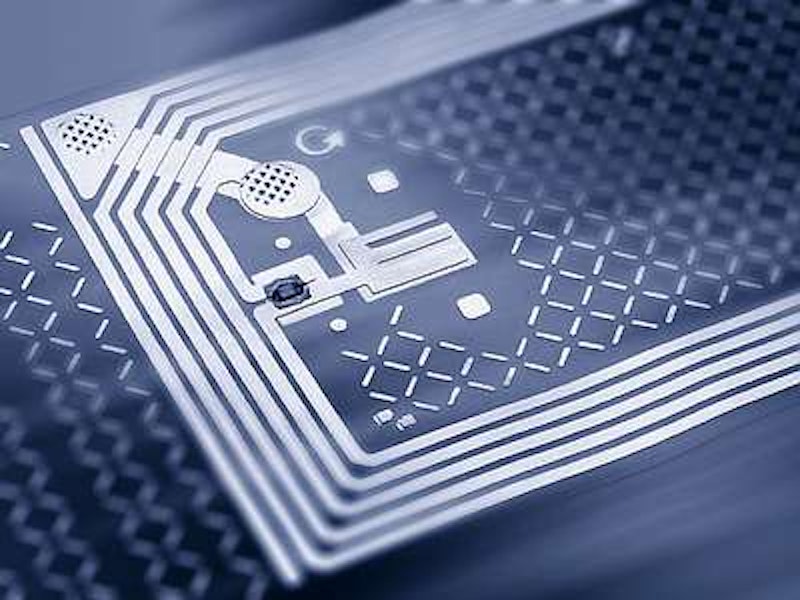 IDTechEx has recently completed its survey of the global RFID industry which provides detailed market forecasts segmented in many different ways. In this article, report author Raghu Das summarizes some of the findings from the report RFID Forecasts, Players & Opportunities 2011-2021. For more information see www.IDTechEx.com/forecasts.
In 2010 IDTechEx find that the value of the entire RFID market will be $5.63 billion, up from $5.03 billion in 2009. This includes tags, readers and software/services for RFID cards, labels, fobs and all other form factors.
In total, 2.31 billion tags will be sold this year, up from 1.98 billion in 2009. Most of the growth in this period is due to an increase in use of passive UHF tags. For passive UHF tags, the biggest category of use is asset tracking in many closed loop systems. Such applications typically use tens of thousands of tags and more; and, rarely, a million tags or more. The paybacks of these applications are very strong but the numbers of tags is relatively small per case study. Out of this is arising apparel tagging. The UK retailer Marks & Spencer still lead the way and will use almost 200 million UHF tags alone this year, but their success in this sector has not gone unnoticed and many others are on their way to large deployments. In total, IDTechEx find that in 2009 550 million passive UHF tags were sold, rising to at least 800 million in 2010. Indeed, IDTechEx is aware that two passive UHF tag suppliers have increased their prices for the first time in many years this year and they are installing extra capacity.
However, the biggest spenders are still governments, who are able to implement large RFID schemes such as animal tagging, transit ticketing, people identification etc where the paybacks are typically greater efficiency and improved safety. Rapid ROI is less of a concern for them. Well managed suppliers to these sectors operate profitably. For example, in 2010 178 million tags will be used for animal and pet identification, at an average tag cost of 97 US cents each.
The market for all RFID interrogators grows from $0.92 billion in 2010 to $4.99 billion in 2021.

The biggest sectors by numbers and value

According to the IDTechEx research data, the biggest sectors by numbers of tags are contactless cards (HF, for transit, secure access, purchasing etc) using 450 million tags, followed by RFID tickets (HF, for transit ticketing) 380 million tags, and then apparel (UHF) 300 million tags. By value, just over $1 billion will be spent on RFID cards in 2010 and $240 million on tags for passports. $36 million will be spent on tags for apparel in total.

The pecking order of RFID specifications by RFID tag expenditure is shown in the chart below. The market size is given in millions of US Dollars. 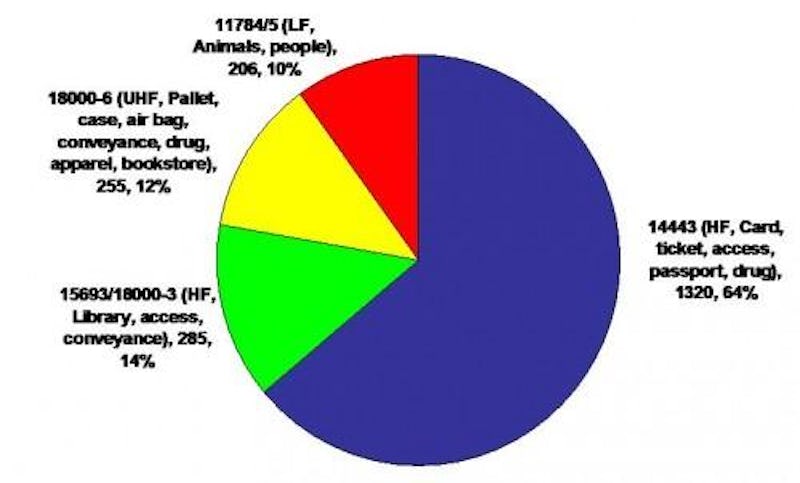 In 2010 43% of RFID tags will be sold and used in North America. In the future, IDTechEx believe that RFID will not be just big in China - it will be huge. Indicators of this include the fact that Chinas has been adding new RFID manufacturing capacity while the US and Europe saw a shakeout in tag providers, the Chinese Government is a strong advocate for RFID, and has the power to mandate companies to use it; China has already executed the largest RFID order by value (over one billion national identification cards for adults - six billion dollars including systems) and has a policy of making its own requirements throughout the RFID value chain; in 2009/2010, RFID events in China are five times bigger by attendance than the biggest RFID events in the US and Europe; and finally most products will be source tagged, and because China is one of the largest exporters the tags will be supplied there.

Traditionally, active RFID has been tags with a battery to boost read range or add extra functionality to the tag such as sensors. Then came Real Time Locating Systems (RTLS). In 2010, these two sectors will be a total of $610 million in value, where $225 million is spent on tags and the rest on infrastructure, software and services. Now there are Wireless Sensor Networks (WSN) which may or may not be used to form mesh (self forming and self healing) networks. Those in active RFID and RTLS have added extra functionality to create WSN but we also have new standards emerging, such as ZigBee, which are part of the scene.
Over 20 million ZigBee tags have been sold and are used to form mesh networks for "smart" electricity meters, preventing the need for manual reading of the meters and allowing rapid response to high use. This is increasingly becoming mandated as new houses move towards having "greener" credentials.

The split of spend on RFID by value chain positioning in 2010 is shown in the chart below. 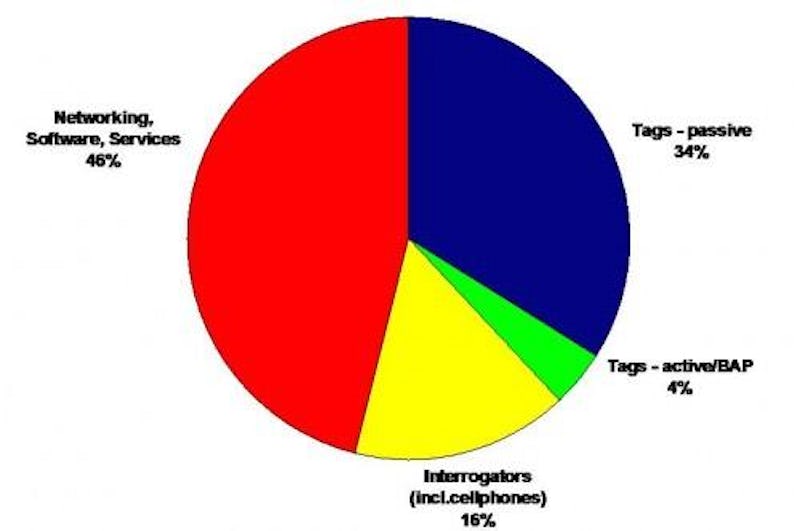 Report covering all these aspects

The widely cited IDTechEx report "RFID Forecasts, Players & Opportunities" covers all these aspects in great depth. It gives historic data and forecasts for 2011 to 2021. It is based on over ten years research IDTechEx has in the field of RFID and those buying the report have some free limited access to IDTechEx consultants for questions and discussion. For more information please see www.IDTechEx.com/forecasts.
Global conferences giving you impartial and digested analysis
In addition, IDTechEx hosts global RFID events that focus on the markets, opportunities and case studies. All of these topics and many more are covered at the tenth annual IDTechEx RFID Europe event, to be held in Cambridge, UK on September 28-29 (www.IDTechEx.com/RFIDEurope). IDTechEx carefully design the program content to provide you with unrivalled insight into the state of the industry. Those wishing to exploit routes to profitability, find where the true demand is and meet customers and investors must attend. Backed up by free IDTechEx research the complete event package is your yearly RFID benchmark.
IDTechEx is holding its Asian version of the event in Hong Kong (October 13-14 www.IDTechEx.com/HongKong) - those wishing to see what is going on in China must attend.
Top image of RFID tag source picturephoning.com
For more read : Energy Harvesting and Storage for Electronic Devices 2010-2020
and attend Energy Harvesting & Storage and Wireless Networks & RTLS USA 2010